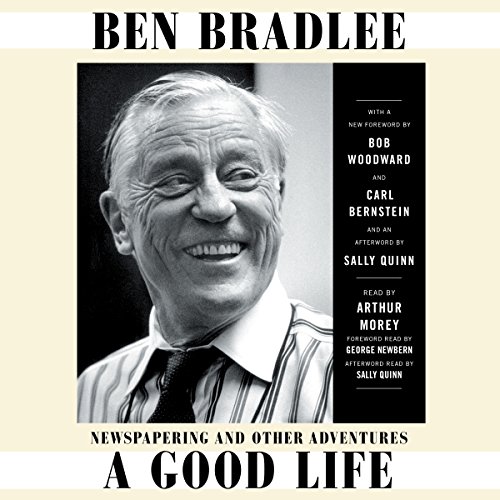 This is the witty, candid story of a daring young man who made his own way to the heights of American journalism and public life, of the great adventure that took him at only 20 years old straight from Harvard to almost four years in the shooting war in the South Pacific and back, from a maverick New Hampshire weekly to an apprenticeship for Newsweek in postwar Paris, then to the Washington Bureau chief's desk, and finally to the apex of his career at The Washington Post. Bradlee took the helm of The Washington Post in 1965. He and his reporters transformed it into one of the most influential and respected news publications in the world, reinvented modern investigative journalism, and redefined the way news is reported, published, and read. Under his direction, the paper won 18 Pulitzer Prizes. His leadership and investigative drive following the break-in at the Democratic National Committee led to the downfall of a president and kept every president afterward on his toes. Bradlee, backed every step of the way by the Graham family, challenged the federal government over the right to publish the Pentagon Papers - and won. His ingenuity, and the spirited reporting of Sally Quinn, now his wife, led to the creation of the Style Section, a revolutionary newspaper feature in its time, now copied by just about every paper in the country.