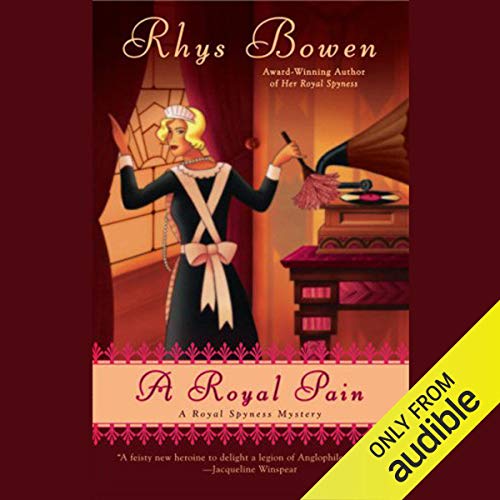 The Queen of England has concocted a plan in which penniless aristocrat Lady Georgie is to entertain a Bavarian princess and conveniently place her in the playboy prince's path, in the hopes that he might finally marry.But queens never take money into account. Georgie has very little, which is why she moonlights as a maid-in-disguise. She must draw up plans: clean house to make it look like a palace; have Granddad and her neighbor pretend to be the domestic staff; un-teach Princess Hanni the English she's culled from American gangster movies; cure said princess of her embarrassing shoplifting habit; and keep an eye on her at parties.Then there's the worrying matter of the body in the bookshop and Hannis' unwitting involvement with the Communist Party. It's enough to drive a girl crazy.