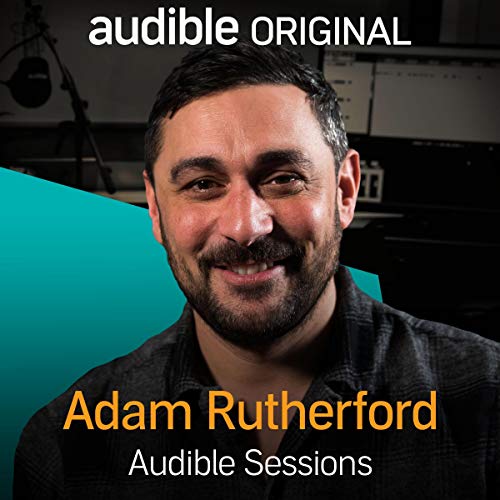 Joining us at Audible Studios is scientist and broadcaster Adam Rutherford. Rutherford is the presenter of BBC Radio 4's Inside Science, as well as author of a number of books, including How to Argue with a Racist. Rutherford attended University College London as a medical student, but after the first year transferred to study genetics as his interest in the area grew. He was granted his PhD from the university in 2002. Since then, he has presented many documentaries, looking at topics such as the link between MMR and autism, human evolution and the inheritance of intelligence.  Rutherford has acted as a scientific advisor on blockbuster films such as Ex-Machina and World War Z and has written many critically acclaimed books, such as A Brief History of Everyone Who Ever Lived: The Stories in Our Genes, which was long-listed for the Wellcome Trust Book Prize. He is a regular contributor to The Guardian, writing mainly about scientific topics, and co-presents The Curious Cases of Rutherford & Fry with mathematician Hannah Fry. Adam Rutherford spoke to us about his latest publication, How to Argue with a Racist, and we discussed the history of genetics, race being a social construct, his thoughts on ancestry testing kits and more.