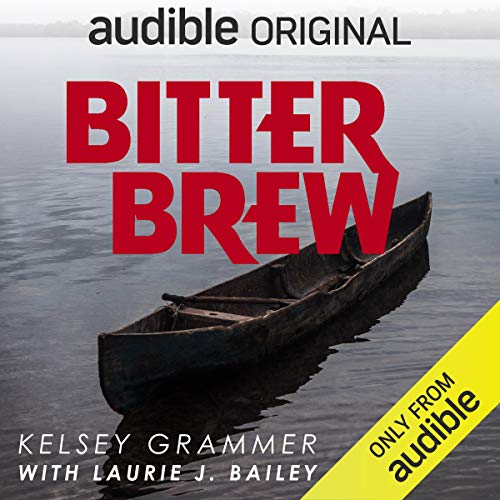 Actor Kelsey Grammer, best known for his roles in the TV sitcoms Cheers and Frasier, delivers Bitter Brew, a compelling mystery featuring Detective Bill Walsh, an upstate cop in the quiet, rural town of Beatriceville, 200 miles north of New York City, who suspects foul play in the death of millionaire city transplant Jonathan Kimball, even though the evidence points to suicide, not murder.Â  Between the four grown daughters he adores - even if they make him crazy - his complicated relationship with his ex, and his annoying boss, probing into a death that most have deemed a suicide is the last headache Bill needs. But the inexorable desire for justice and to do his job lead him to delve into many town secrets that most in Beatriceville citizens would prefer to keep unexamined.Â  Filled with colorful characters and with a riveting pace, Bitter Brew will keep listeners guessing until the unexpected denouement.