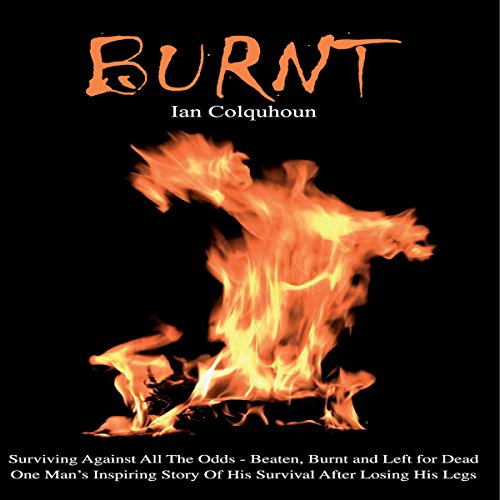 Ian Colquhoun is an extraordinary young man surviving a mind-numbing attack that has resulted in the loss of his legs. The agonies and extraordinary experiences, courage, and his determination to survive make this a gripping and inspirational audiobook. Given the last rites three times, Ian has come through kidney failure, a seven-week coma, heart problems, 65 percent burns, and has endured more than 20 operations. Thanks to the Internet, there were thousands of people praying for his life all over the world. The burns were to his chest/abdomen, arms, hands, chin, and worst of all, his legs. They were burned right through to the bone. They were going to have to come off if he was to live. His parents were told that still might not be enough to save his life. Yet, somehow, his burned, broken body and soul fought on. Author Says: "Losing my legs was the best thing to happen to me! I had the opportunity to take stock of my life and go on to writing books and starring in films and on TV. I have no regrets about anything." Author Bio: Born April 7, 1978, Ian was brought up in Livingston, Scotland. Since his amputations and recovery, he has passed his driving test and appeared on Channel 4's Men in White programme. Ian has also been stunt trained through a specialist agency, his first film role, playing a sailor in Ocean of Fear, and performed a dangerous stunt at Pinewood Studio's underwater studio. Since writing his autobiography, he has survived two high-speed motorway accidents, walking away from both without a scratch. A military historian, with a particular interest in the Jacobite wars in Scotland and Ireland (1689-1746), Ian has taken to writing historical novels and appeared in a highly successful promotional film that helped Scotland be awarded the 2014 Commonwealth Games.