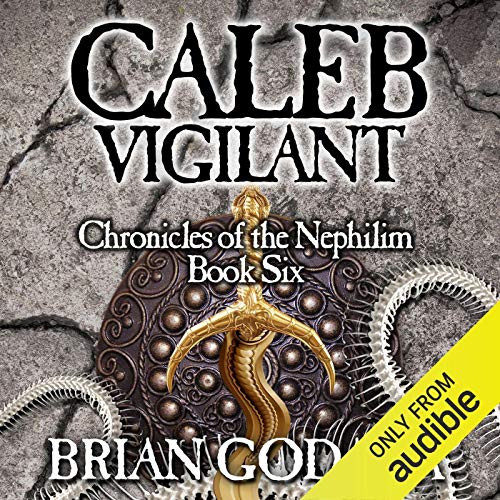 Giant Walls Will Come Tumbling Down. In this companion volume to Joshua Valiant, the story of the conquest of the Promised Land of Canaan continues.    Joshuas first target in Canaan: The impenetrable mighty walls of Jericho.    God has been preparing a Canaanite harlot named Rahab to help Israel.    You only think you know her story.     Rahab has fallen in love with an Israelite warrior whose child she bears in the line of Messiah.    Unfortunately, the Anakim giants of Canaan have discovered Rahabs identity and have sent assassins to take her out.    This is what the War of the Seed has been building towards.    Caleb Vigilant is the sixth book of the series Chronicles of the Nephilim, a biblical epic story of the fallen angelic Watchers and their offspring, the Nephilim giants of Genesis 6.    Written by respected Christian and best-selling Biblical author, Brian Godawa.    Learn about the historical and biblical research behind the novel Caleb Vigilant as an appendix that explores how the Bible writers used their literary skills to subvert the pagan god Baal of Canaan.     On the age appropriateness of the novels This Biblical Fiction series is rated PG-13, appropriate for mature teens and above, similar to the Bible and The Lord of the Rings.