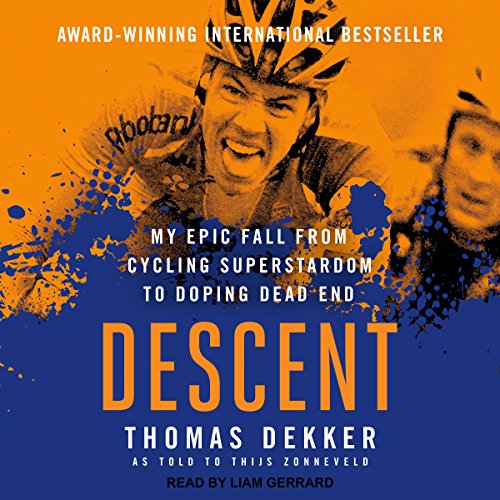 At age 20, Thomas Dekker was already earning 100,000 a year - as an amateur bike racer. The next year, he turned pro and his salary quadrupled then rose again to 900,000 as he established his position as a super-domestique among Europe's wealthiest superteams. The sport world marveled at Dekker's rise as the young racer set his ambitions on capturing cycling's biggest prizes for himself. Before long, though, Dekker found himself corrupted by money, dazzled by fame, and cracking under the relentless pressure to perform at a superhuman level. In his tell-all book Descent: My Epic Fall from Cycling Superstardom to Doping Dead End, Dekker reveals a sordid way of life full of blood bags, drugs, prostitutes, and money. Descent tells the story of a years-long bender that exposes the brutal truth of his life as a professional cyclist. And Dekker is not alone; he names those who fell with him and those who aided in his downfall. In Descent, we take an unflinching look at the European peloton as it roars through its modern boom years - the height of the EPO era - and what we see is shocking. You won't be able to turn away from this compelling book about one man's rise, fall, and redemption and what his story reveals about professional sports.