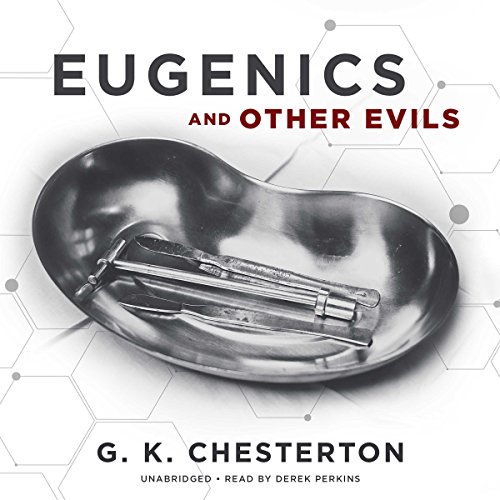 Eugenics and Other Evils

During the first three decades of the 20th century, eugenics, the scientific control of human breeding, was a popular cause within enlightened and progressive segments of the English-speaking world. The New York Times eagerly supported it, gushing about the wonderful "new science." Prominent scientists, such as the plant biologist Luther Burbank, were among its most enthusiastic supporters. And the Carnegie and Rockefeller foundations generously funded eugenic research intended to distinguish the "fit" from the "unfit." This prophetic volume counters the intellectual nihilism of Nietzsche, while simultaneously rebuking Western notions of progress - biological or otherwise. Chesterton expands his criticism of eugenics into what he calls "a more general criticism of the modern craze for scientific officialism and strict social organization."