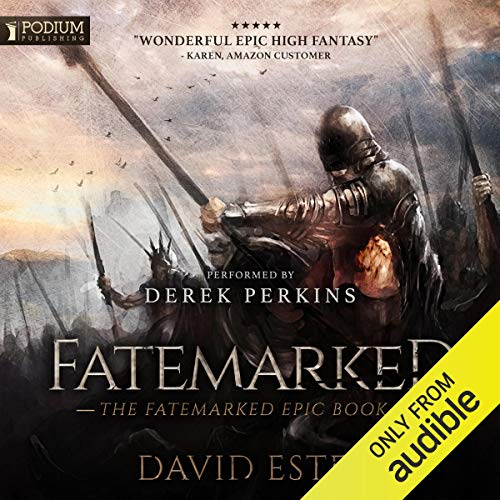 Winner 2018 SOVAS Award for Audiobook Narration - Teens, Best Voiceover They are the fatemarked. Misunderstood. Worshipped. Hated. Murdered at birth. Their time to step into the light has come.  An ancient prophecy foretold their coming, the chosen few who will bring peace to a land embroiled in a century of mistrust and war. When kings start dying, that hope and belief swiftly turns to fear. Roan Loren is one of the fatemarked, but has hidden his mark of power his entire life, fearing the damage it might cause to those around him.  A great evil is coming. He can't hide anymore.  In the spirit of fantasy epics like Throne of Glass and The Lord of the Rings, enter a world of magic and dragons, kings and queens, and victory and defeat, during a time when honor and valor still meant something.