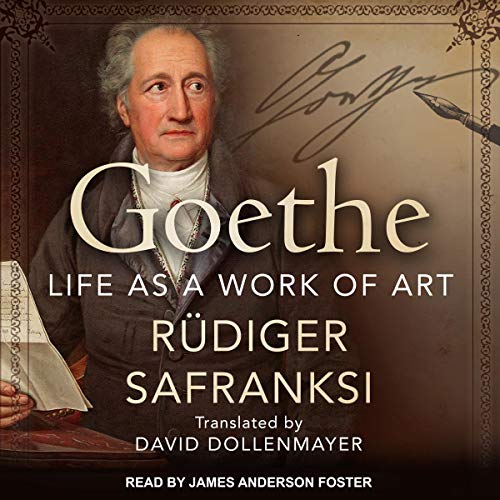 This sterling biography of Germany's greatest writer presents Johann Wolfgang von Goethe as if we are seeing him for the first time. The work of Johann Wolfgang von Goethe has reverberated through two and a half centuries, altering the course of literature in ways both grand and intimate. No other writer so completely captivated the intellectual life of late 18th- and early 19th-century Europe, putting into language the anxieties and ambitions of a civilization on the cusp of modernity. A literary celebrity by the age of 25, Goethe, who was born in Frankfurt in 1749, attracted the adulation and respect of the greatest scientists, politicians, composers, and philosophers of his day. Schoolboys dressed like his fictional characters. Napoleon read his first novel obsessively. He was an astoundingly prolific writer, a master of many genres, from poetry to scientific treatises, from novels like the tragic Sorrows of Young Werther to dramatic works like Faust. Indeed, Goethe's unparalleled literary output would come to define the Romantic age. Rüdiger Safranski's Goethe: Life as a Work of Art is the first definitive biography in a generation to tell the larger-than-life story of the writer considered to be the Shakespeare of German literature. Drawing upon the trove of letters, diaries, and notebooks Goethe left behind, as well as correspondence and criticism from Goethe's contemporaries, Safranski weaves a rich tale of Europe in the throes of revolution and of the man whose ideas heralded a new era. Safranski's monumental biography is a careful survey of Goethe's wide-ranging genius. Beyond his incredible literary gifts, Goethe was intensely interested in natural science and took seriously his official post as a statesman, working tirelessly to ensure that the working poor received wages and daily bread. With grace and nuance, Safranski crafts a portrait of Goethe's inner life that illuminates both his written work and the turmoil and triumphs of his era. Reading Goethe affords not simply an encounter with a literary virtuoso but an opportunity to develop a deeper appreciation of the human condition. Goethe was writing in the midst of a dramatic and bloody time for Europe: The revolutions in France and America overturned the old regimes and introduced new ways of thinking about the world. Set against this backdrop, Goethe's life and work serve as an essential touchstone for the birth of the modern age. But as Safranski ultimately reveals, Goethe's greatest creation was not only his literary masterpieces but his very life.