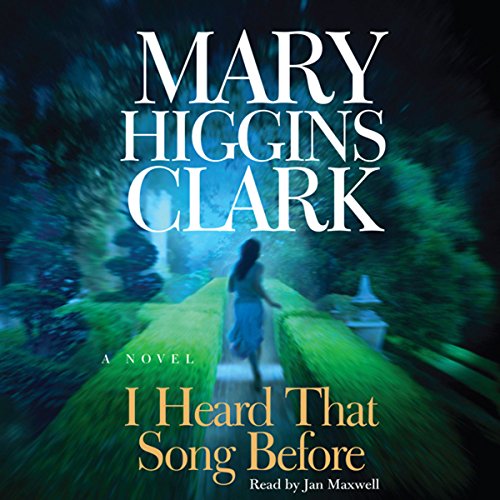 I Heard That Song Before

Mary Higgins Clark takes you deep into the mysteries of the human mind where memories may be the most dangerous things of all. Kay Lansing grew up in Englewood, New Jersey, daughter of the landscaper to the wealthy and powerful Carrington family. One day, accompanying her father to work, six-year-old Kay overhears a quarrel between a man and a woman that ends with the man's caustic response: "I heard that song before." That same evening, young Peter Carrington drives the 19-year-old daughter of neighbors home from a formal dinner dance at the Carrington estate, but she is not in her room the next morning and is never seen or heard from again. Decades later, a cloud of suspicion hangs over Peter, not only for his neighbor's disappearance but also for the subsequent drowning death of his own pregnant wife in their swimming pool. But when Kay Lansing, now a librarian in Englewood, asks Peter's permission to hold a literary benefit cocktail party on his estate, she comes to see Peter as misunderstoodÅ and when he begins to court her, she falls in love -- and marries him. However, she soon makes a discovery that leads her to question her husband's innocence. She believes that the key to the truth lies in the identities of the man and woman whose quarrel she witnessed as a child. What she does not realize is that uncovering what lies behind these memories may cost Kay her life.