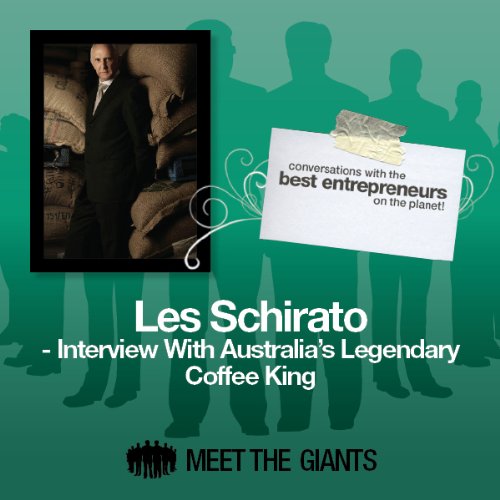 One of Australias most successful entrepreneurs and recognised as the Coffee King, Les Schirato heads the Cantarella Group of Companies. Les' entrepreneurial flair was responsible for a remarkable company debt turnaround, while also achieving market leadership in four retail product categories. This success resulted in Les being awarded the title of Ernst & Young National Entrepreneur of the Year in 2001 (consumer and industrial products) and his business being named Family Business Australia's 2004 second-generation business of the year. In 2005 Les was awarded the Young Presidents' Organisation International Legacy Honour, for which he was nominated by his peers in the YPO Sydney Chapter. Les Schirato is the second recipient of this award since its inception in 2002. This interview may contain references to dates, events, etc., that have already taken place. These references have not been omitted in order to maintain the integrity of the recording, as all Meet The Giants interviews are REAL and unedited conversations.