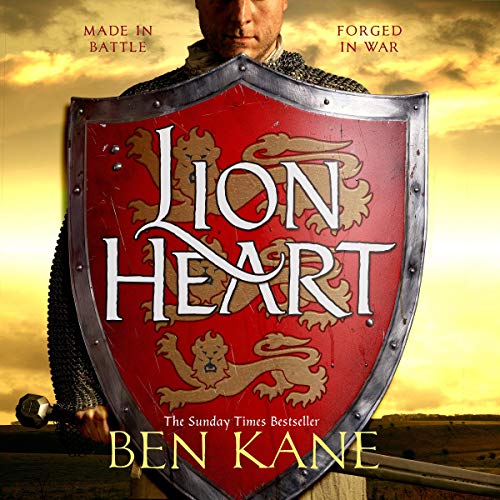 Introducing Lionheart - the new novel from Sunday Times best seller Ben Kane.  1179. Henry II's Norman conquerors have swept through England, Wales - and now Ireland.   Irish nobleman Ferdia has been imprisoned in Wales to ensure the good behaviour of his rebellious father.  But during a skirmish on a neighbouring castle, Ferdia saves the life of the man who would become one of the most legendary warriors to have ever lived: Richard Plantagenet. The Lionheart.  Taken as Richard's squire, Ferdia crosses the Narrow Sea to resist the rebellious nobles in Aquitaine, besieging castles and fighting bloody battles with brutal frequency.  But treachery and betrayal lurk around every corner. Infuriated by his younger brother Richard's growing reputation, Henry rebels. And Ferdia learns that the biggest threat to Richard's life may not be a foreign army - but Richard's own family....