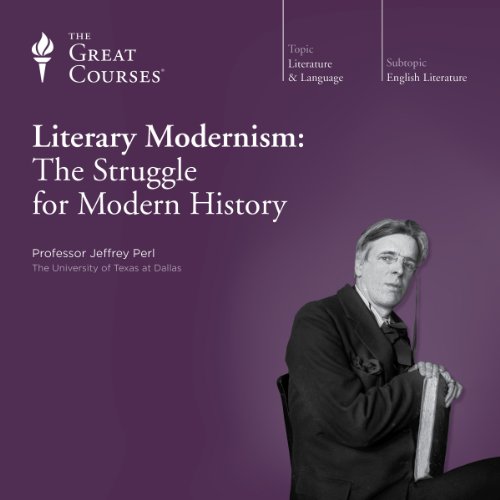 Professor Perl invites you in these eight lectures to abandon your preconceptions and consider some of the most controversial authors of the 20th century: the Modernists.Who were they? How did "classical" Modernists like Ezra Pound, T.S. Eliot, and James Joyce differ from "neo-Modernists" like Gertrude Stein and William Carlos Williams? What made them believe and write as they did? Why were political extremism, war, and self-destructive behavior such defining forces in their writing (and their personal demons)? What do they have to say to us today in the 21st century? These lectures place literary Modernism within the wide-ranging context of the philosophy, literature, politics, and morality of its time. In doing so, they allow you to look more clearly at the writers and works who have contributed to the definition of human culture. You'll see Eliot, Joyce, Pound, Yeats, James, Lawrence, and others spring to life with their radical beliefs about art and their unforgettable novels and stories. These lectures do not shrink from the challenges imposed by exploring Modernism, or from challenging the answers that scholars have routinely accepted. Nor do they shy away from the difficulties of literary Modernism itself; a literary genre that intimidates many. But despite all this, these lectures are brilliantly organized, crystal clear, and an invaluable tool for finally wrapping your brain around a dramatic roster of authors and an enduring canon of literature.