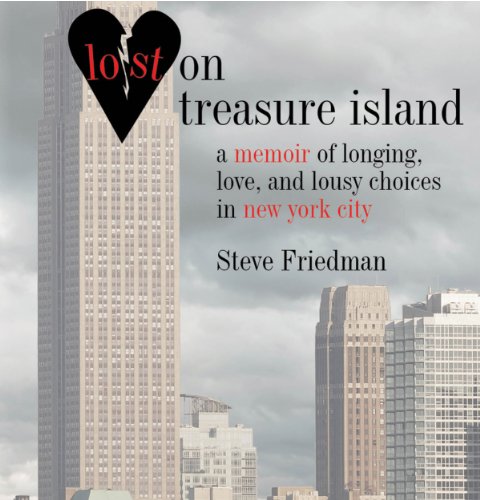 When Midwesterner Steve Friedman arrived in Manhattan, the land of the quick and the mean, raring to go and ready to conquer, he soon found pitfalls and pratfalls more numerous and perilous than he had ever imagined. Here is his utterly honest, often hilarious, self-deprecating account of those fateful years, starting with his first job at GQ and his awkward efforts to impress his boss, Art Cooper, and including real and imagined love affairs, disasters at work and play, growing self-awareness with its inevitable bouts of depression and subsequent therapies - all of which fail - and in the end, a wisdom that promises better things to come. In the tradition of Bright Lights, Big City and The Devil Wears Prada, Lost on Treasure Island is a witty rendition of the perils of growing up and being thrown into the real world. With sharp humor and unexpected sincerity, Friedman crafts a inviting portrait of the best of times and the worst of times. For all those who have confronted the endless opportunities of the Big Apple, only to discover how hard it is to succeed in this - or any - big city, this boisterous and often enlightening memoir will prove irresistible.