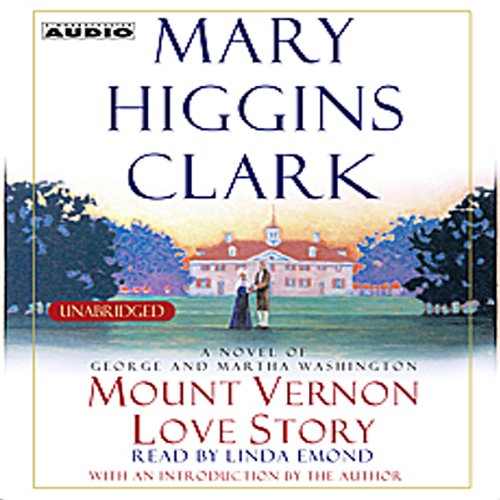 Charming, insightful and immensely entertaining in its unique presentation of one of America's legendary figures, Mount Vernon Love Story, by famed suspense writer Mary Higgins Clark, shows the reader the man behind the legend, a man of flesh, blood and passion, and in the author's skilled hands, the story and the man come fully and dramatically alive. Mary Higgins Clark's interest in George Washington was first sparked by a radio series she was writing in the 1960s, called "Portrait of a Patriot," vignettes of American presidents. Always a lover of history, she wrote this biographical novel -- her first book -- and titled it Aspire to the Heavens, which was the family motto of George Washington's mother. With all events, dates, scenes and characters based on historical research, the book was published in 1969. Its recent discovery by a Washington family descendent led to its reissue under its new title, Mount Vernon Love Story. In researching George Washington's life, Mary Higgins Clark was surprised to find the engaging man behind the pious legend. He was a giant of a man in every way, starting with his physical height. In an era when men averaged five foot seven inches, he towered over everyone at six foot three. He was the best dancer in the colony of Virginia. He was also a master horseman, which was why the Indians gave him their highest compliment: "He rides his horse like an Indian." She dispels the widespread belief that although George Washington married an older woman, a widow, his true love was Sally Carey Fairfax, his best friend's wife. Martha Dandridge Custis was older, but only by three months - she was 27 to his 26 when they met. Mary Higgins Clark describes their relationship from their first meeting, their closeness and his tenderness toward her two children.