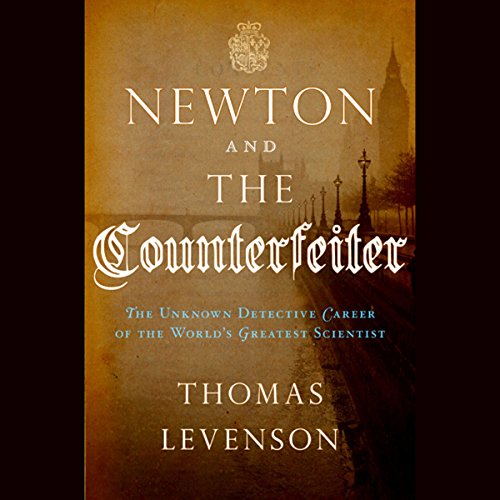 Newton and the Counterfeiter

In 1695, Isaac Newton, already renowned as the greatest mind of his age, made a surprising career change. He left quiet Cambridge, where he had lived for 30 years and made his earth-shattering discoveries, and moved to London to take up the post of Warden of His Majestys Mint.Newton was preceded to the city by a genius of another kind, the budding criminal William Chaloner. Thanks to his preternatural skills as a counterfeiter, Chaloner was rapidly rising in London's highly competitive underworld, at a time when organized law enforcement was all but unknown and money in the modern sense was just coming into being. Then he crossed paths with the formidable new warden.In the courts and streets of London, and amid the tremors of a world being transformed by the ideas Newton himself had set in motion, the chase was on. This astonishing tale of Isaac Newton's journey from Cambridge's ivory tower to London's underworld will appeal to fans of The Professor and the Madman.