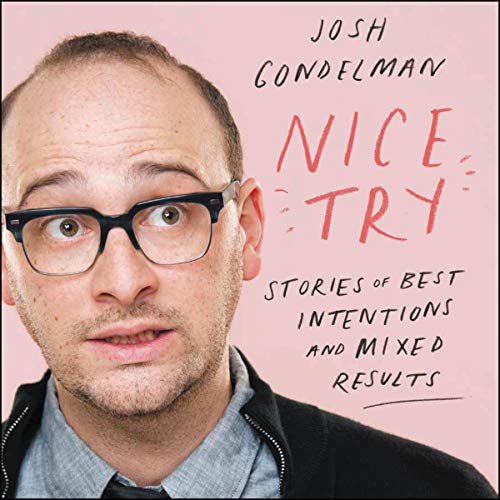 Emmy-Award winning writer and comedian Josh Gondelmans collection of personal stories of best intentions and mixed results. Josh Gondelman knows a thing or two about trying - and failing. The Emmy Award-winning stand-up comic - dubbed a pathological sweetheart by the New York Observer - is known throughout the industry as one of comedys true nice guys. Not surprisingly, hes endured his share of last-place finishes. But he keeps on bouncing back. In this collection of hilarious and poignant essays (including his acclaimed New York Times piece What if I Bombed at My Own Wedding?), Josh celebrates a life of good intentions - and mixed results. His true tales of romantic calamities, professional misfortunes, and eventual triumphs reinforce the notion: we get out of the world what we put into it. Whether hes adopting a dog from a suspicious stranger, mitigating a disastrous road trip, or trying MDMA for the first (and only) time, Josh only wants the best for everyone - even as his attempts to do the right thing occasionally implode.  Full of the warm and relatable humor thats made him a favorite on the comedy club circuit, Nice Try solidifies Josh Gondelmans reputation as not just a good guy, but a skilled observer of the human condition.