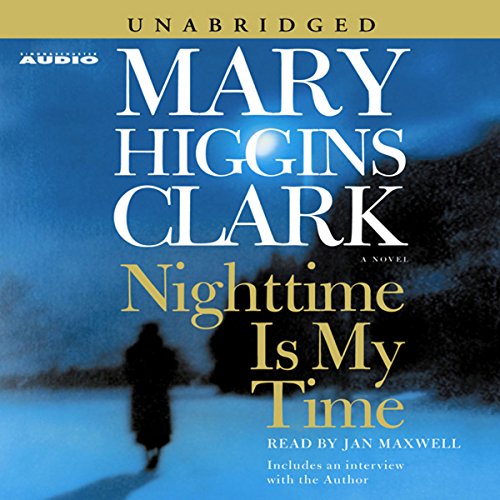 Nighttime Is My Time

"The definition of an owl had always pleased him: a night bird of prey...sharp talons and soft plumage which permits noiseless flight...applied figuratively to a person of nocturnal habits. 'I am The Owl,' he would whisper to himself after he had selected his prey, 'and nighttime is my time.'" Jean Sheridan, a college dean and prominent historian, sets out to her hometown to attend the 20-year reunion of Stonecroft Academy alumni, where she is to be honored along with six other members of her class. There is something uneasy in the air: one woman in the group about to be feted, Alison Kendall, a beautiful, high-powered Hollywood agent, drowned in her pool during an early-morning swim. Alison is the fifth woman in the class whose life has come to a sudden, mysterious end. Adding to Jean's sense of unease is a taunting, anonymous fax she received, referring to her daughter -- a child she had given up for adoption 20 years ago. At the award dinner, Jean is introduced to Sam Deegan, a detective obsessed by the unsolved murder of a young woman who may hold the key to the identity of the Stonecroft killer. Jean does not suspect that among the distinguished people she is greeting is The Owl, a murderer nearing the countdown on his mission of vengeance against the Stonecroft women who had mocked and humiliated him, with Jean as his final victim.