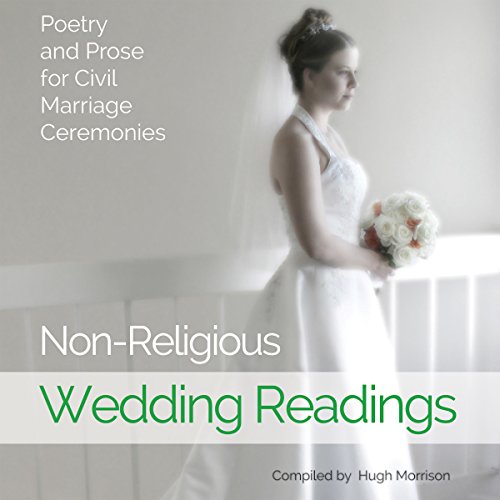 "Fair or foul, on land or sea, Come the wind or weather, Best or worst, whate'er they be, We shall share together...." Civil marriage ceremonies are increasingly popular, but it can be difficult to choose readings which are appropriate in a non-religious setting. A few well-known poems tend to appear regularly at civil ceremonies, but if you are looking for something different, this book could be the answer. Non-Religious Wedding Readings contains a selection of 77 poems and prose passages on love and marriage from various writers dating from the 17th to the 20th century. They retain the classic style of traditional church readings, but are entirely secular. Some of the authors are well known: Shakespeare, Hegel, Balzac, Milton - others less so, but all are suitable for the dignified occasion of a wedding. In addition to celebrating married love, many of the readings also offer timeless wisdom for married life, which will appeal to couples who are practical as well as romantic.