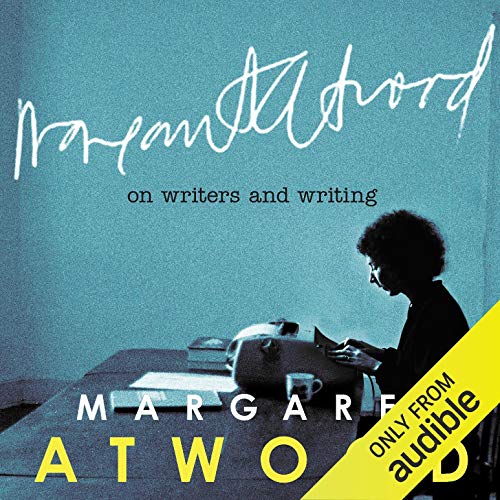 On Writers and Writing

What is the role of the writer? Prophet? High priest of art? Court jester? Or witness to the real world?  Looking back on her own childhood and writing career, Margaret Atwood examines the metaphors which writers of fiction and poetry have used to explain - or excuse! - their activities, looking at what costumes they have assumed, what roles they have chosen to play. In her final chapter she takes up the challenge of the title: if a writer is to be seen as "gifted", who is doing the giving and what are the terms of the gift? Atwood's wide reference to other writers, living and dead, is balanced by anecdotes from her own experiences, both in Canada and elsewhere. The lightness of her touch is offset by a seriousness about the purpose and the pleasures of writing, and by a deep familiarity with the myths and traditions of western literature.  Margaret Atwood was born in 1939 in Ottawa and grew up in northern Quebec, Ontario, and Toronto. She received her undergraduate degree from Victoria College at the University of Toronto and her master's degree from Radcliffe College. Throughout her 30 years of writing, Atwood has received numerous awards and honorary degrees. Hew novel The Blind Assassin won the 2000 Booker Prize for Fiction. She is the author of more than 25 volumes of poetry, fiction, and non-fiction and is perhaps best known for her novels, which include Alias Grace (1996), The Robber Bride (1994), Cat's Eye (1988), The Handmaid's Tale (1983), Surfacing (1972) and The Edible Woman (1970). Acclaimed for her talent for portraying both personal lives and worldly problems of universal concern, Atwood's work has been published in more than 35 languages, including Japanese, Turkish, Finnish, Korean, Icelandic, and Estonian.