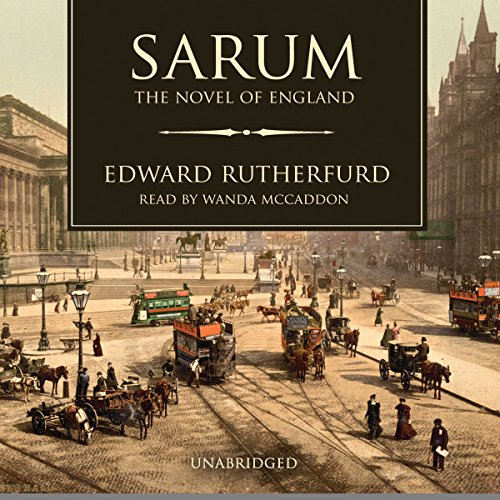 In Sarum, Edward Rutherfurd weaves a compelling saga of five English families whose fates become intertwined over the course of centuries. While each family has its own distinct characteristics, the successive generations reflect the changing character of Britain. We become drawn not only into the fortunes of the individual family members, but also the larger destinies of each family line. Meticulously researched and epic in scope, Sarum covers the entire sweep of English civilization: from the early hunters and farmers, the creation of Stonehenge, the dawn of Christianity, and the Black Death; through the Reformation, the wars in America, the Industrial Age, and the Victorian social reforms; up through the World War II invasion of Normandy and the modern-day concerns of a once-preeminent empire.