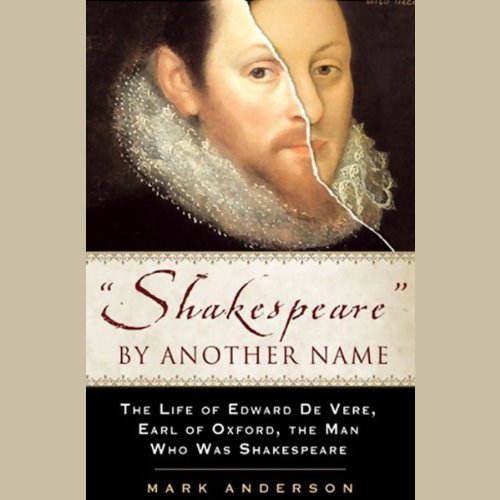 Shakespeare by Another Name

Actor William Shaksper of Stratford had little education, never left England, and apparently owned no books. How could he have written the great plays and poetry attributed to him? Journalist Mark Anderson's biography offers tantalizing proof that Edward de Vere, 17th Earl of Oxford, courtier, spendthrift, scholar, traveler, soldier, scoundrel, and writer, was the real "Shakespeare". As Anderson reveals, de Vere lived in Venice during his twenties, often in debt to its moneylenders (Merchant of Venice). He led military campaigns against rebellious nobles in Scotland (Macbeth). An extramarital affair resulted in fighting between his supporters and rivals (Romeo and Juliet). And when de Vere was publicly disgraced, he began using the pen name "Shake-speare" and appealed to Queen Elizabeth I through her favorite form of entertainment: the theater.