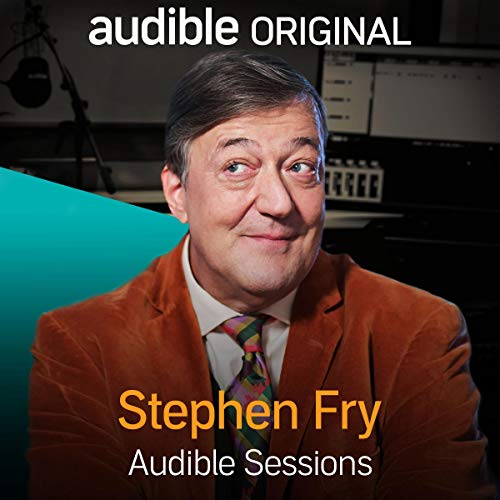 In this interview Stephen Fry talks to us about the process of narrating the complete adventures of London's greatest detective, Sherlock Holmes. He touches on the genius of Arthur Conan Doyle and reveals how joining the 'Sherlock Holmes Society' played a part in his expulsion from school and subsequent imprisonment. Coming round full circle, Stephen admits to having jumped at the chance of voicing Sherlock Holmes: The Definitive Collection. Keen to delve once more into the 'majestic swing, rhythm and pulse of the text,' Stephen describes his experience in the recording studio, all the while expressing a general fondness for the magic of stories told aloud. As a renowned and beloved actor, writer, and presenter, Stephen Fry has imprinted himself into British culture. He has voiced all seven of the Harry Potter audiobooks, as well as titles such as The Picture of Dorian Gray, Mythos and Winnie the Pooh. His flawless rendition of literary classics is always second to none and in Sherlock Holmes: The Definitive Collection, Stephen immediately draws you in and leaves you wanting more. Including personal introductions written by and narrated by Stephen, The Definitive Collection is a truly unique literary gem. Audible Members' Choice Winner of the Year, the audiobook has been described by listeners as 'superb' and 'over 70 hours of pure brilliance.'