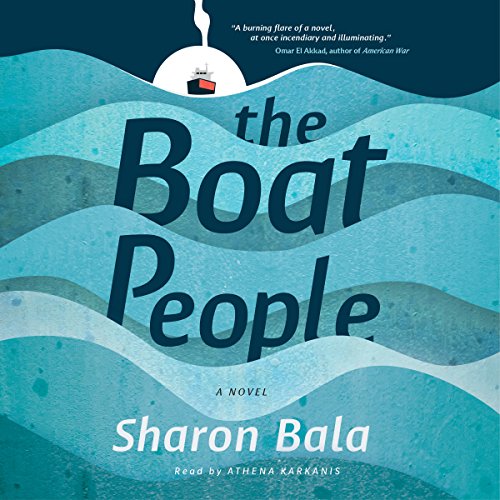 By the winner of The Journey Prize, and inspired by a real incident, The Boat People is a gripping and morally complex novel about a group of refugees who survive a perilous ocean voyage to reach Canada - only to face the threat of deportation and accusations of terrorism in their new land. When the rusty cargo ship carrying Mahindan and 500 fellow refugees reaches the shores of British Columbia, the young father is overcome with relief: he and his six-year-old son can finally put Sri Lanka's bloody civil war behind them and begin new lives. Instead, the group is thrown into prison, with government officials and news headlines speculating that hidden among the "boat people" are members of a terrorist militia. As suspicion swirls and interrogation mounts, Mahindan fears the desperate actions he took to survive and escape Sri Lanka now jeopardize his and his son's chances for asylum. Told through the alternating perspectives of Mahindan; his lawyer Priya, who reluctantly represents the migrants; and Grace, a third-generation Japanese-Canadian adjudicator who must decide Mahindan's fate, The Boat People is a high-stakes novel that offers a deeply compassionate lens through which to view the current refugee crisis. Inspired by real events, with vivid scenes that move between the eerie beauty of northern Sri Lanka and combative refugee hearings in Vancouver, where life and death decisions are made, Sharon Bala's stunning debut is an unforgettable and necessary story for our times.