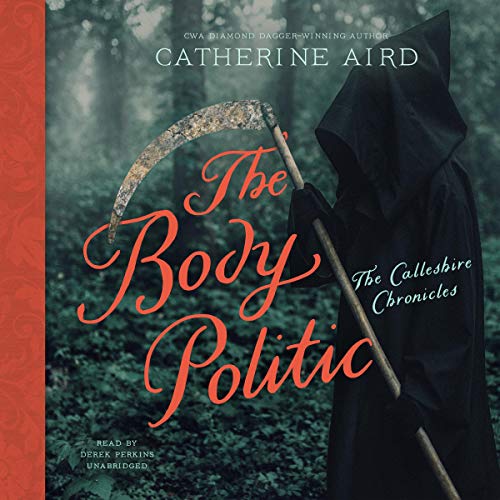 From CWA Diamond Dagger winner Catherine Aird: Caught between an angry government and his employer's profits, an engineer conveniently dies.... Can Calleshire's greatest detective bring the guilty to justice? What's the value of one British engineer when stacked against the exclusive mining rights to a rare, strategically important, and extremely valuable mineral? The British-based Anglo-Lassertan Mineral Company finds itself in hot water when one of its engineers, Alan Ottershaw, hits and kills a pedestrian while driving in a foreign country - a nation that happens to be "on the sunny side of the Iron Curtain," with thick veins of the strategically important mineral querremitte. This particular country has draconian laws about killings, so Ottershaw is relieved when he's whisked back to Calleshire before the foreign police can throw him in jail. But now that the Lassertan government is threatening to strip the mining company of its most valuable contract, poor Mr. Ottershaw begins to worry about his safety - and when he dies suddenly in a war reenactment, it looks like a very convenient solution to everyone's problem. A little too convenient, if you ask Calleshire detective C. D. Sloan, who, along with his bumbling sidekick, Constable Crosby, must investigate the death. It seems that nearly everyone in town would prefer to forget that the Lassertan debacle ever happened - but why has a man been following around the Calleshire MP dressed as the Grim Reaper? Who has been sending death threats and live scorpions via post? Detective Sloan is on the case.