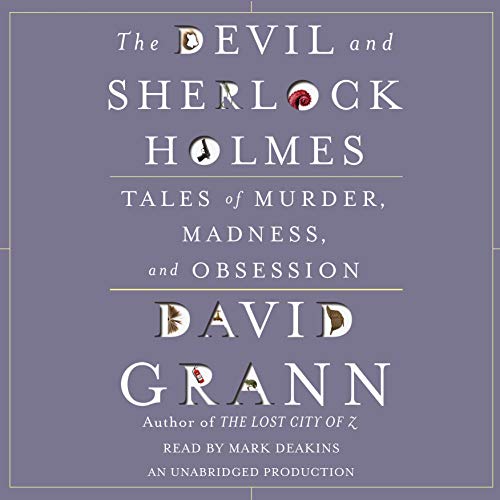 The Devil and Sherlock Holmes

Acclaimed New Yorker writer and author of the breakout debut best seller The Lost City of Z, David Grann offers a collection of spellbinding narrative journalism. Whether hes reporting on the infiltration of the murderous Aryan Brotherhood into the U.S. prison system, tracking down a chameleon con artist in Europe, or riding in a cyclone-tossed skiff with a scientist hunting the elusive giant squid, David Grann revels in telling stories that explore the nature of obsession and that piece together true and unforgettable mysteries. Each of the dozen stories in this collection reveals a hidden and often dangerous world and, like Into Thin Air and The Orchid Thief, pivots around the gravitational pull of obsession and the captivating personalities of those caught in its grip. There is the world's foremost expert on Sherlock Holmes who is found dead in mysterious circumstances; an arson sleuth trying to prove that a man about to be executed is innocent; and sandhogs racing to complete the brutally dangerous job of building New York City's water tunnels before the old system collapses. Throughout, Grann's hypnotic accounts display the power and often the willful perversityof the human spirit. Compulsively listenable, The Devil and Sherlock Holmes is a brilliant mosaic of ambition, madness, passion, and folly.