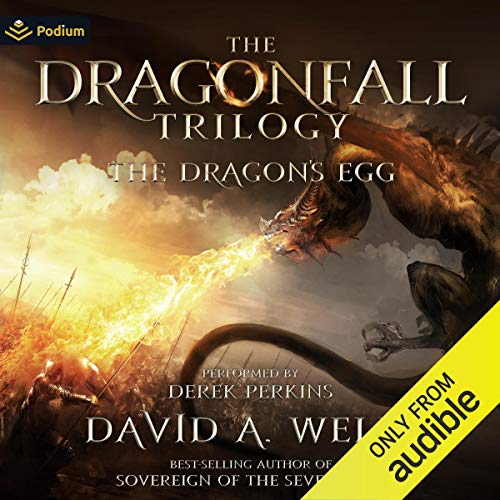 Seventy-five years ago, the dragons fell from the sky. We thought they were just meteorites - six terrifying explosions rang the world like a bell. When the dust settled, we went on with our lives as though nothing had happened. More than a decade later, five of the eggs hatched. The dragons that emerged were small and weak. They kept to the shadows, working in secret to persuade people to do their bidding, offering magic as payment and reward. Years passed...and still we didn't notice the evil growing in our midst. The war began suddenly. Survivors called it the "apocalypse" - nine billion people killed in an afternoon. Then the dragons revealed themselves, burning huge swaths of what remained, taunting and mocking and murdering the survivors. Four leaders arose: the Wizard, the Dragon Rider, the Monk, and the Dragon Slayer. Allied with the rebel dragon, they waged war for years until they, too, were defeated, scattered, or killed. When the war ended, only one dragon remained...but that single dragon was enough to plunge the world into tyranny.