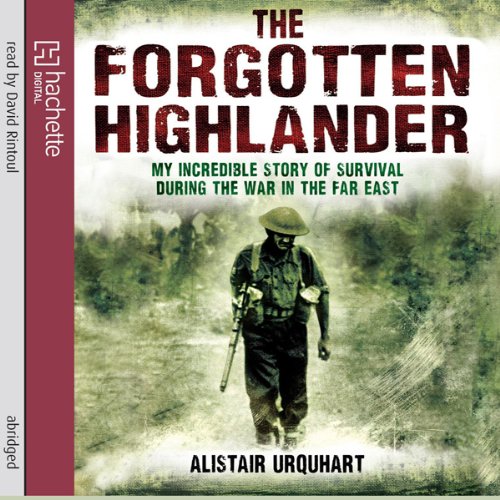 Alistair Urquhart was a soldier in the Gordon Highlanders captured by the Japanese in Singapore. He not only survived working on the notorious Bridge on the River Kwai , but he was subsequently taken on one of the Japanese hellships which was torpedoed. Nearly everyone else on board died and Urquhart spent 5 days alone on a raft in the South China Sea before being rescued by a whaling ship. He was taken to Japan and then forced to work in a mine near Nagasaki. Two months later a nuclear bomb dropped just ten miles away . . . This is the extraordinary story of a young men, conscripted at nineteen and whose father was a Somme Veteran, survived not just one, but three close encounters with death - encounters which killed nearly all his comrades.