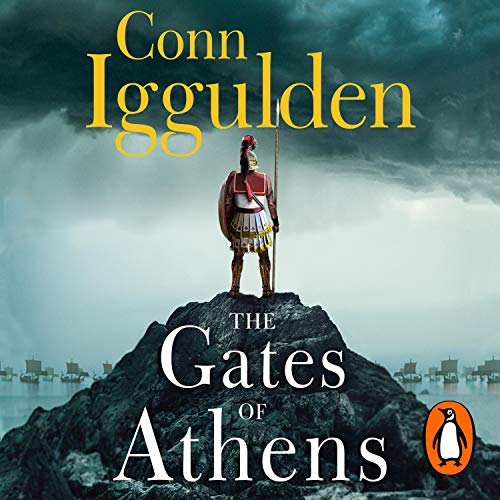 The Gates of Athens

Brought to you by Penguin.  Devour the latest epic tale of ancient Greece and Sunday Times top five best seller from the author of War of the Roses. On the plains of Marathon an army of slaves gathers.... Under Darius the Great, King of Kings, the mighty Persian army - swollen by 10,000 Immortal warriors - have come to subjugate the Greeks. In their path stands an army of freeborn Athenians and among them is fearsome and cunning soldier-statesman, Xanthippus. Knowing defeat means slavery lends keenness to his already sharp blade.... Yet people soon forget that freedom is bought with blood. Ten years later, Xanthippus watches helplessly as Athens succumbs to the bitter politics of factionalism, when the Persians cross the Hellespont in ever greater numbers to raze Athens to the ground. Facing overwhelming forces by land and sea, the Athenians call on their Spartan allies for assistance - to delay the Persians at the treacherous pass of Thermopylae....