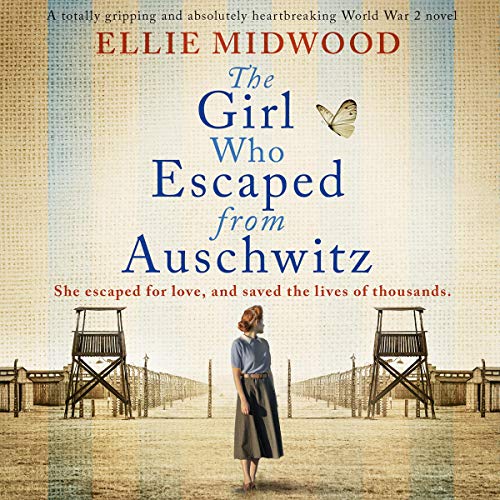 The Girl Who Escaped From Auschwitz:

We must die standing up for something. And what are we standing up for? The most important thing there is. Freedom. Millions of people walked through Auschwitzs gates, but she was the first woman who escaped. This powerful novel tells the inspiring true story of Mala Zimetbaum, whose heroism will never be forgotten, and whose fate altered the course of history.... Nobody leaves Auschwitz alive.  Mala, inmate 19880, understood that the moment she stepped off the cattle train into the depths of hell. As an interpreter for the SS, she uses her position to save as many lives as she can, smuggling scraps of bread to those desperate with hunger.  Edward, inmate 531, is a camp veteran and a political prisoner. Though he looks like everyone else, with a shaved head and striped uniform, hes a fighter in the underground Resistance. And he has an escape plan. They are locked up for no other sin than simply existing. But when they meet, the dark shadow of Auschwitz is lit by a glimmer of hope. Edward makes Mala believe in the impossible. That despite being surrounded by electric wire, machine guns topping endless watchtowers and searchlights roaming the ground, they will leave this death camp.  A promise is made - they will escape together or they will die together. What follows is one of the greatest love stories in history.... Fans of The Tattooist of Auschwitz, The Choice, and The Orphan Train will love this breathtakingly beautiful tale, of courage in the face of tragedy and bravery in the face of fear. Based on a true story, The Girl Who Escaped Auschwitz shows that in darkness, love can be your light....