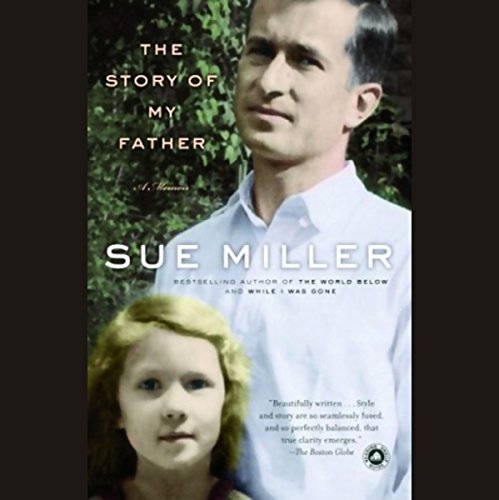 The Story of My Father

In the fall of 1988, Sue Miller found herself caring for her father as he slipped into the grasp of Alzheimer's disease. She was, she claims, perhaps the least constitutionally suited of all her siblings to be in the role in which she suddenly found herself, and in The Story of My Father she grapples with the haunting memories of those final months and the larger narrative of her father's life. With compassion, self-scrutiny, and an urgency born of her own yearning to rescue her father's memory from the disorder and oblivion that marked his dying and death, Sue Miller takes us on an intensely personal journey that becomes, by virtue of her enormous gifts of observation, perception, and literary precision, a universal story of fathers and daughters. James Nichols was a fourth-generation minister, a retired professor from Princeton Theological Seminary. Sue Miller brings her father brilliantly to life in these pages - his religious faith, his endless patience with his children, his gaiety and willingness to delight in the ridiculous, his singular gifts as a listener, and the rituals of church life that stayed with him through his final days. She recalls the bitter irony of watching him, a church historian, wrestle with a disease that inexorably lays waste to notions of time, history, and meaning. She recounts her struggle with doctors, her deep ambivalence about many of her own choices, and the difficulty of finding, continually, the humane and moral response to a disease whose special cruelty it is to dissolve particularities and to diminish, in so many ways, the humanity of those it strikes. She reflects, unforgettably, on the variable nature of memory, the paradox of trying to weave a truthful narrative from the threads of a dissolving life. And she offers stunning insight into her own life as both a daughter and a writer, two roles that swell together here in a poignant meditation on the consolations of storytelling.