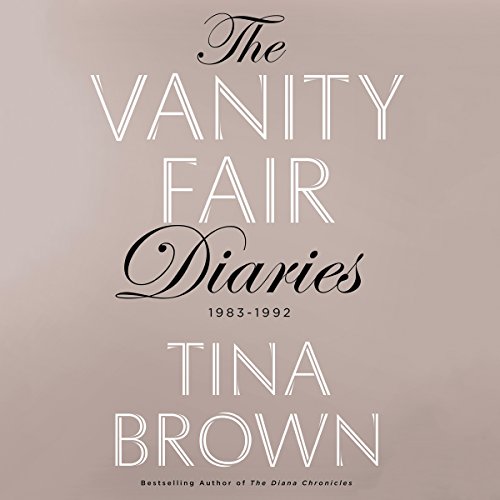 Tina Brown kept delicious daily diaries throughout her eight spectacular years as editor-in-chief of Vanity Fair. Today they provide an incendiary portrait of the flash and dash and power brokering of the Excessive Eighties in New York and Hollywood. The Vanity Fair Diaries is the story of an Englishwoman barely out of her 20s who arrives in New York City with a dream. Summoned from London in hopes that she can save Condé Nast's troubled new flagship Vanity Fair, Tina Brown is immediately plunged into the maelstrom of the competitive New York media world and the backstabbing rivalries at the court of the planet's slickest, most glamour-focused magazine company. She survives the politics, the intrigue, and the attempts to derail her by a simple stratagem: succeeding. In the face of rampant skepticism, she triumphantly reinvents a failing magazine. Here are the inside stories of Vanity Fair scoops and covers that sold millions - the Reagan kiss, the meltdown of Princess Diana's marriage to Prince Charles, the sensational Annie Leibovitz cover of a gloriously pregnant, naked Demi Moore. Within the diary's cinematic minutes, the drama, the comedy, and the struggle of running an "it" magazine come to life. Brown's Vanity Fair Diaries is also a woman's journey, of making a home in a new country, and of the deep bonds with her husband, their prematurely born son, and their daughter. Astute, open-hearted, often riotously funny, Tina Brown's The Vanity Fair Diaries is a compulsively fascinating and intimate chronicle of a woman's life in a glittering era.