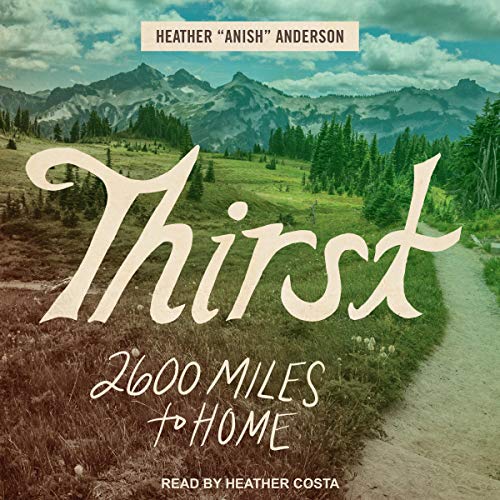 By age 25, Heather Anderson had hiked what is known as the "Triple Crown" of backpacking: the Appalachian Trail, Pacific Crest Trail, and Continental Divide Trail - a combined distance of 7,900 miles with a vertical gain of more than one million feet. A few years later, she left her job, her marriage, and a dissatisfied life and walked back into those mountains.   In her new memoir, Thirst: 2600 Miles to Home, Heather, whose trail name is "Anish", conveys not only her athleticism and wilderness adventures, but also shares her distinct message of courage - her willingness to turn away from the predictability of a more traditional life in an effort to seek out what most fulfills her. Amid the rigors of the trail - pain, fear, loneliness, and dangers - she discovers the greater rewards of community and of self, conquering her doubts and building confidence. Ultimately, she realizes that records are merely a catalyst, giving her purpose, focus, and a goal to strive toward.