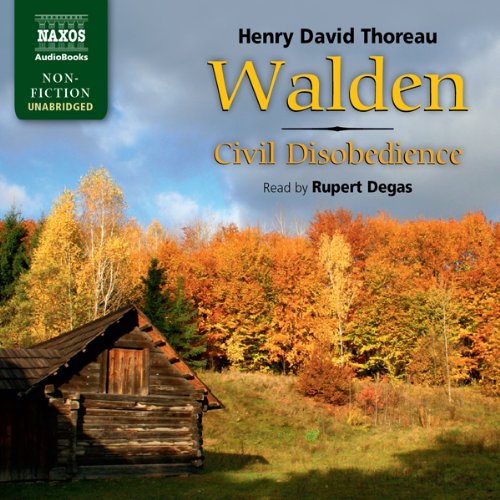 In 1845 Henry David Thoreau, one of the principal New England Transcendentalists, left the small town of Concord for the country. Beside the lake of Walden he built himself a log cabin and returned to nature, to observe and reflect  while surviving on eight dollars a year. From this experience emerged Walden, one of the great classics of American literature, and a deeply personal reaction against the commercialism and materialism that Thoreau saw as the main impulses of mid-19th-century America. Here also is Civil Disobedience, Thoreaus essay on just resistance to government, which not only challenged the establishment of his day but has been used as a flag for later campaigners from Mahatma Ghandi to Dr Martin Luther King. PLEASE NOTE: When you purchase this title, the accompanying reference material will be available in your Library section along with the audio.