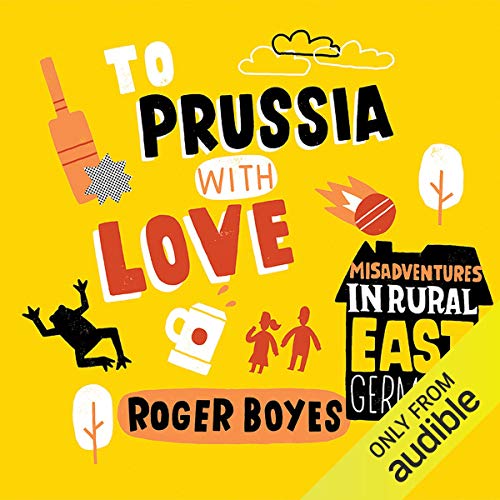 To Prussia with Love

'We-have-a-house-in-the-country?'. Lena nodded solemnly. 'Where?'. I almost shouted, briefly rattling the table. 'No, wait, don't tell me - it's Todi in Umbria, right? The old manor house, the one with the lemon groves'! 'Alt-Globnitz'. 'Alt-Globnitz?'. Suddenly I felt cold. 'Alt-Globnitz. It's a really nice place. You will love it'. In a desperate attempt to save his relationship with girlfriend, Lena, and take a break from the world of journalism, Germany correspondent Roger Boyes agrees to make a great escape from the easy urban lifestyle of Berlin and decamp to the countryside. Roger has hopes for southern Italy, but Lena has inherited a run-down old schloss in deepest, darkest Brandenburg. Needing a form of income, they decide to set up a B & B with a British theme. Enter unhelpful Harry and his Trinidadian chef cousin, a mad Scot to advise them on re-branding Brandenburg, some suicidal frogs, and a posse of mad tourists. It all culminates, naturally, in a cricket match between the Brits and the Germans on an old Russian minefield. Farce meets romance in this follow-up to the successful A Year in the Scheisse.