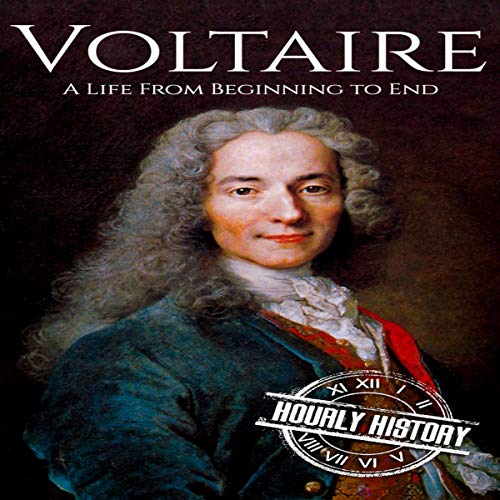 Discover the remarkable life of Voltaire in less than an hour.... Free bonus inside! Voltaire, born François-Marie Arouet in Paris, France, was a writer and leading figure of the Enlightenment. His insistence that all authority could and must be questioned was so radical, he ended up in prison several times and was ultimately exiled. Voltaires writings were instrumental in influencing the American and French revolutions. Man as a being with natural rights was a radical concept at the time, but one which the American founding fathers embraced. Voltaires anger was specifically directed at the arbitrary powers of the state and the church. The French legal system treated aristocrats differently than ordinary citizens. The Catholic church, too, wielded its dictatorial power. Voltaire incurred the wrath of both kings and bishops with his unrelenting attacks on such abuses of freedom. Unwilling to be silenced, Voltaire continued his demand for individual freedom throughout the span of his entire life. Only after his death was he officially welcomed back to Paris, and Voltaires remains now rest in the Parisian Panthéon, the burial place for the countrys national heroes. Discover a plethora of topics such as Literary success and financial failure Émilie: the love of his life Years in exile Candide and morality Voltaires final year and death And much more! So, if you want a quick and easy audiobook on Voltaire, listen now!