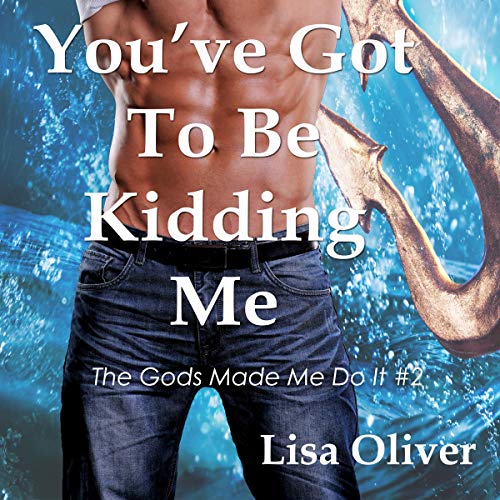 You've Got to Be Kidding Me

Poseidon, ancient Greek God of the Sea, ruler of earthquakes and once worshipped by thousands as a fertility god, was bored and that could be a dangerous thing for people around him. Deciding to visit his son, Nereus and friends at the Cloverleah pack, Poseidon causes his own brand of trouble, resulting in a night out at a club. All he wanted was a bed partner for a few hours. What he got was so much more. Alpha Claude wanted nothing more than to rule his pack, care for his club members and take up the offer of a warm body when his urges got to strong. When Kane, Alpha of Cloverleah calls and says he wants to bring a special visitor, he was intrigued. But when a silver-haired god walks into his club, he knows his life is going to change. He just didn't by realize how much.  Gods dropping in, visits from family and pesky secrets have a way of making things difficult. Fighting outside foes is easy, but the problems that flare between two very different men might be enough to scupper their mating before it has a chance to settle. Will they ever find their HEA or are the differences between a land creature and a god of the sea to big to overcome?  This is an M/M true mates book and as such comes with the obligatory warnings. While this is book two in the series and can be listened to as a stand-alone, listeners will have more of an understanding of secondary characters and off-book references if they have listened to book one and the Cloverleah Pack series, in particular, On The Brink.