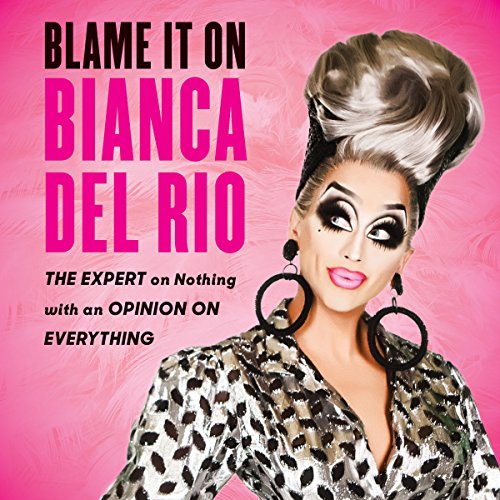 Blame It on Bianca Del Rio

The cheeky, larger-than-life drag queen and outrageous comic - "The Joan Rivers of the Drag World" (New York Times) - who isnt afraid to shock or offend brings her trademark acerbic wit and sharp commentary to this uproarious collection of advice. When it comes to insult comics, Bianca Del Rio is in a class by herself. Fierce, funny, and fabulous - a would-be love child sired by John Waters and birthed by Joan Rivers - Bianca sandblasted her name in the annals of pop culture on RuPauls Drag Race. Thanks to her snarky frankness, impeccable comedic timing, and politically incorrect humor, she became the shows breakout star, winning its sixth season. In Blame It on Bianca Del Rio, Bianca shares her opinions loudly and proudly, offering raucous, hilarious, no-holds-barred commentary on the everyday annoyances, big and small, that color her world, and make it a living, albeit amusing, hell for anyone who inhabits it. A collection of biting advice filled from Biancas twisted universe, Blame It on Bianca Del Rio will shock you and keep you laughing. But be warned: it is not for the faint of heart!