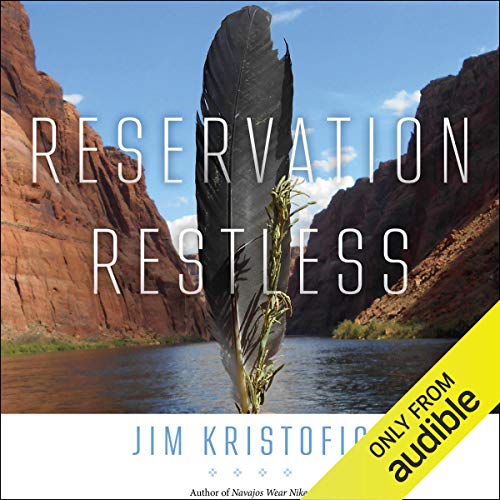 In the powerful and haunting lands of the Southwest, rainbows grow unexpectedly from the sky, mountain lions roam the desert, and summer storms roll over the Colorado River. As a park ranger, Kristofic explores the Ganado valley, traces the paths of the Anasazi, and finds mythic experiences on sacred mountains that explain the pain and loss promised for every person who decides to love. After reconnecting with his Navajo sister and brother, Kristofic must confront his own nightmares of the Anglo society and the future it has created. When the possible deaths of his mentor and of the American future loom before him, Kristofic must find some new way to live in the world and strike some restless path that will lead back to hózhó - a beautiful harmony. Acclaim Once in a great while, a miracle of a book comes along, a gift that both touches the heart and engages the mind. Reservation Restless is such a book. Kristofics entertaining, jaw-droppingly honest recollections of adventures and explorations on and off the Navajo Nation come with a poets respect for the perfect word in the perfect place." (Anne Hillerman, New York Times best-selling author of Rock with Wings and The Tale Teller) "Reservation Restless is a book about growing up, loss, and arrival, all of it told in stories populated by walks, books, Navajos, mentors, river guides, canyons, and coyotes. Oh yes, and rainbows you get to touch." (Dan Flores, New York Times best-selling author of Coyote America: A Natural and Supernatural History) "Beautiful, evocative, Kristofic has written a book that conveys that sense of mythic reality that pervades every corner of the Colorado Plateau. He reveals portals into indigenous mind rarely understood by non-Native peoples.... It makes you pull the nails out of your frame of reference in order that you may perceive with greater clarity." (Jack Loeffler, author of Adventures with Ed: A Portrait of Abbey) About the author Jim Kristofic grew up on the Navajo Reservation in Northeastern Arizona. He has written for the Navajo Times, Arizona Highways, Native Peoples Magazine, and High Country News. He is the author of Medicine Women: The Story of the First Native American Nursing School and Navajos Wear Nikes: A Reservation Life. He lives in Taos, New Mexico. 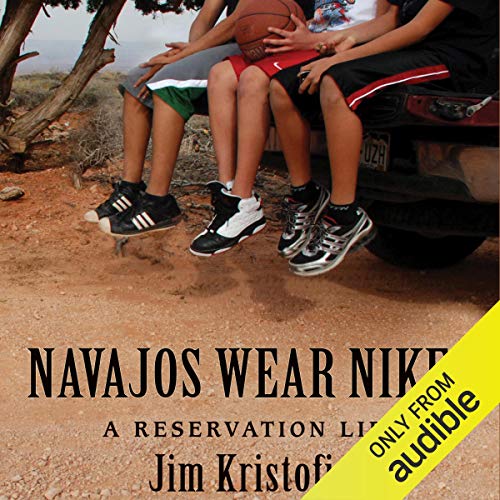 Just before starting second grade, Jim Kristofic moved from Pittsburgh across the country to Ganado, Arizona, when his mother took a job at a hospital on the Navajo Reservation. Navajos Wear Nikes reveals the complexity of modern life on the Navajo Reservation, a world where Anglo and Navajo coexisted in a tenuous truce. After the births of his Navajo half-siblings, Jim and his family moved off the Reservation to an Arizona border town where they struggled to readapt to an Anglo world that no longer felt like home. With tales of gangs and skinwalkers, an Indian Boy Scout troop, a fanatical Sunday school teacher, and the authors own experience of sincere friendships that lead to ho "zho" (beautiful harmony), Kristofic's memoir is an honest portrait of growing up on - and growing to love - the Reservation. 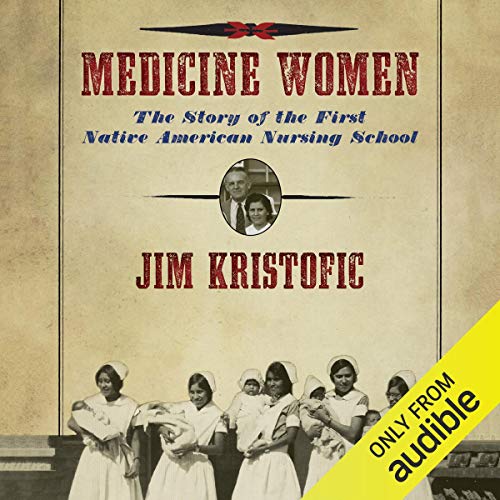 After the Indian wars, many Americans still believed that the only good Indian was a dead Indian. But at Ganado Mission in the Navajo country of Northern Arizona, a group of missionaries and doctors - who cared less about saving souls and more about saving lives - chose a different way and persuaded the local parents and medicine men to allow them to educate their daughters as nurses. The young women struggled to step into the world of modern medicine, but they knew they might become nurses who could build a bridge between the old ways and the new. In this detailed history, Jim Kristofic traces the story of Ganado Mission on the Navajo Indian Reservation. Kristofics personal connection with the community creates a nuanced historical understanding that blends engaging narrative with careful scholarship to share the stories of the people and their commitment to this place. Acclaim "Jim Kristofic offers a veritable twentieth-century saga of the rise and eventual eclipse of the Presbyterian Mission school, hospital, and nursing program at Ganado against the background of Juan Lorenzo Hubbells success as an Indian trader in a unique part of the Native world. In telling of the triumphant confluence of missionary dedication and Navajo endurance against the unrelenting pressure of post-World War II change, he offers a moving story equal to the power of Thomas Grays unforgettable 'Elegy Written in a Country Churchyard.'" (Paul G. Zolbrod, author of Diné Bahane: The Navajo Creation Story) "The book is a history of the largest medical mission among the Diné (Navajo people), 1902-1969, and its crown jewel, the first Native American nursing school. Youll find herein appealing portraits of mission staff and students, both Diné and non-, and feel the triumphs and failures of an oasis of learning." (Klara Bonsack Kelley, coauthor of Navajo Sacred Places) "In Medicine Women, Jim Kristofic adeptly combines archival research with good, old-fashioned storytelling. He draws readers into this world through Diné leader Ganado Mucho, trader Juan Lorenzo Hubbell, US government representatives in the territory, and the varied inhabitants of the land - native, Hispanic, and white." (Nancy J. Taylor, Director of Programs and Services, Presbyterian Historical Society) About the author Jim Kristofic grew up on the Navajo Reservation in Northeastern Arizona. His award-winning books, The Hero Twins: A Navajo-English Story of the Monster Slayers and Navajos Wear Nikes: A Reservation Life, are both published by UNM Press. He lives in Taos, New Mexico. 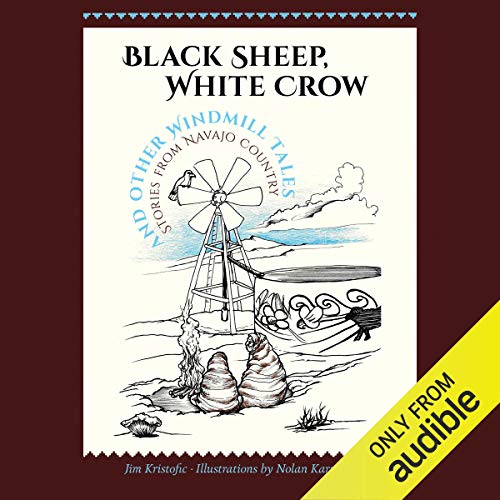 When Kameron moves to his grandmas sheep camp on the Navajo Reservation, he leaves behind his cell phone reception and his friends. The young boys world becomes even stranger when Kameron takes the sheep out to the local windmill and meets an old storyteller. As the seasons turn, the old man weaves eight tales that teach the deeper story of the Diné country and the Diné people.  About the Contributors Jim Kristofic has worked on and off the Rez for more than 10 years as a river guide, ranch hand, journalist, park ranger, and oral historian. He is the author of The Hero Twins: A Navajo-English Story of the Monster Slayers and Navajos Wear Nikes: A Reservation Life, both published by UNM Press. He currently teaches in northern New Mexico.  Nolan Karras James is an artist, songwriter, powwow dancer, guitarist, and former rodeo cowboy from Pinon, Arizona. His father is Many Goats Clan and his mother is Apache.