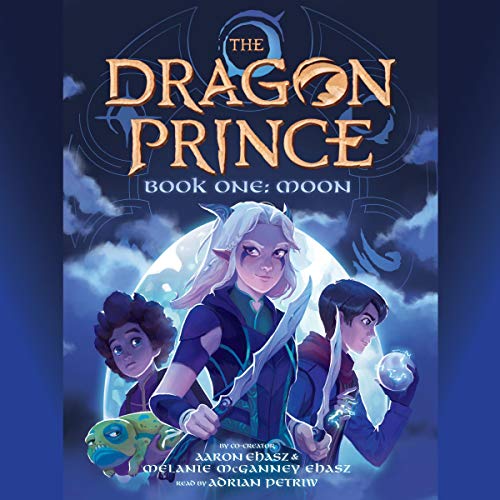 War is coming... Four full moons past, humans crossed into the magical lands of Xadia and committed an unspeakable crime: They destroyed the only egg of the Dragon King and Queen. Now, a young Moonshadow elf assassin has been sent on her first mission; she will make the humans pay for their heinous act. But before she can complete her task, she and two human princes make an astonishing discovery - a discovery that could change everything. And so, the three reluctant allies set off in a desperate attempt to stop the coming war. Their journey won't be easy, but the trio soon learns that the most serious threat to their quest can't be fought with magic or physical strength. Can these young heroes overcome the long-standing hatred between humans and elves and restore peace to their world? Written by Aaron Ehasz (co-creator of The Dragon Prince and head writer of Avatar: The Last Airbender) and Melanie McGanney Ehasz, this first canon novel based on the Netflix original series finally gives fans the full story.

Rayla, Callum, and Ezran have their work cut out for them now that they have to take care of Zym, the newly hatched Dragon Prince. Things get even more complicated when Claudia and Soren finally track down the wayward princes, forcing Callum to pick a side - should he trust Rayla or his old friends? All the while the High Mage Lord Viren plots and schemes, gaining shadowy new allies.Â  The trio races toward Xadia with the threat of a war between the humans and the dragons looming large. But as fiery battles erupt and hidden truths come to light, friendships are tested, plans are set into motion, and tough choices must be made.Â  Written by Aaron Ehasz (co-creator of The Dragon Prince and head writer of Avatar: The Last Airbender) and Melanie McGanney Ehasz, this second canon novel based on the Netflix original series finally gives fans the full story.