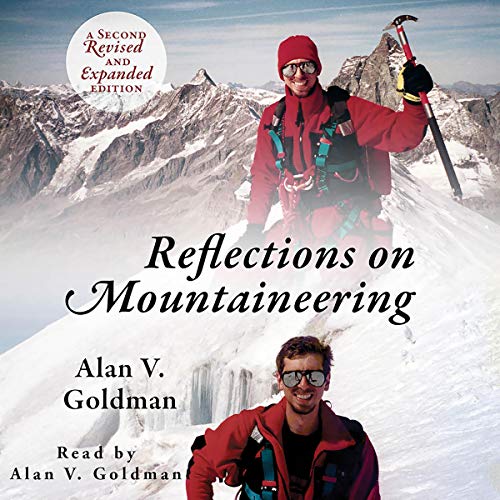 Presented as 73 narrative-style poems, some of which are rhyming and others in prose or blank verse, Reflections on Mountaineering, A Revised and Expanded Edition: A Journey Through Life as Experienced in the Mountains summarizes much of what the author, Alan V. Goldman, learned in his more than 30 years of climbing. Many of the same moral issues that confront us in everyday life are present in the high mountains, only to a sharper degree.  Musing on topics such as awe and wonder, fear and how to confront it, the lure of the big mountains, as well as the role of luck, fate, and chance, Mr. Goldman makes accessible to the general public the otherwise hidden truths that mountaineers often experience. Further, many of the poems address the human perception of reality in the context of the meaning of life itself, and of how climbers impart meaning to the mountains by the very act of climbing them.  Of course, the poems deal with the feelings evoked by striving for success in the mountains, but also cope with the trauma of defeat. Above all, there is meaning to be found in the very preparation and discipline required for mountaineering, as well as in experiencing the elation of conquest, of both the mountains and of ourselves. Mr. Goldman is a graduate of The Horace Mann School, 1975; Harvard College, 1979; and Harvard Law School, 1982. In addition to his mountaineering adventures as his avid avocation, he practiced law for many years, and is now retired.