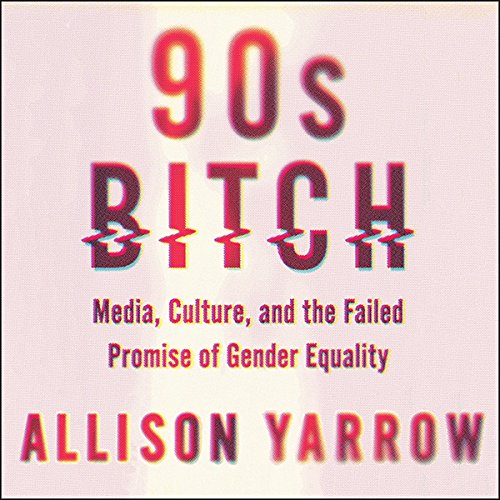 To understand how we got here, we have rewind the VHS tape. 90s Bitch tells the real story of women and girls in the 1990s, exploring how they were maligned by the media, vilified by popular culture, and objectified in the marketplace. Trailblazing women like Hillary Clinton, Anita Hill, Marcia Clark, and Roseanne Barr were undermined. Newsmakers like Monica Lewinsky, Tonya Harding, and Lorena Bobbitt were shamed and misunderstood. The advent of the 24-hour news cycle reinforced society's deeply entrenched sexism. Meanwhile, marketers hijacked feminism and poisoned girlhood for a generation of young women.  Today, there are echoes of '90s bitchification nearly everywhere we look. To understand why, we must revisit and interrogate the 1990s - a decade in which female empowerment was twisted into objectification, exploitation, and subjugation.  Yarrows thoughtful, juicy, and timely examination is a must-listen for anyone trying to understand 21st-century sexism and end it for the next generation.