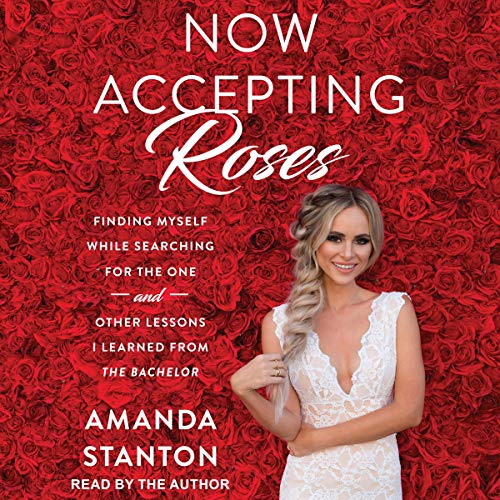 When Amanda found out her mother had sent in an application to ABC's The Bachelor on her behalf, she wasn't upset...but she was hesitant. As a divorced single mom on a long dating hiatus, she didn't think there was any way she could measure up against the competitors. In the back of her mind, her ex's hurtful message reared its ugly head: "You can't divorce me. You'll be 25 and divorced with two kids. No one will want you." But despite the self-doubt, Amanda made it onto Season 20. What nobody knew at the time was that her on-camera date with Ben was her first in almost three years. Talk about pressure! Ever since she made it to the final four on The Bachelor and ended up engaged on Bachelor in Paradise, media outlets and millions of fans, eager to learn Amanda's story, have tried to track her down. What's he really like? What's the scoop on her? Was she telling the truth about him? Part-memoir, part girl's guide, Now Accepting Roses is full of never-before-told stories from behind the scenes of one of America's most popular television shows - but this book isn't just for fans of The Bachelor. This book is for anyone navigating the crazy and exciting world of finding real love.