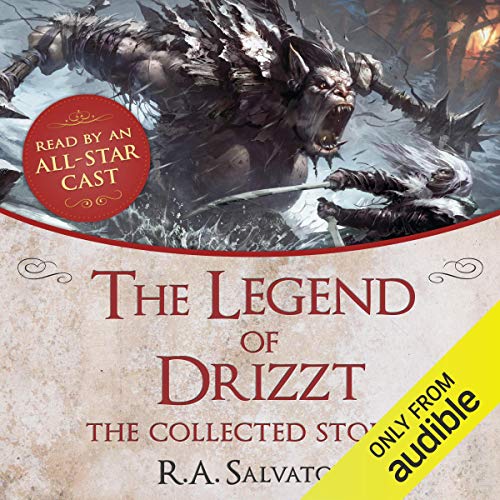 The Legend of Drizzt: The Collected Stories

The Legend of Drizzt: The Collected Stories expands upon the epic legend of the dark elf with 12 tales performed by the all-star cast of Felicia Day, Dan Harmon, Greg Grunberg, Tom Felton, Danny Pudi, Sean Astin, Melissa Rauch, Ice-T, Wil Wheaton, Al Yankovic, Michael Chiklis, and David Duchovny! For years, the Legend of Drizzt has included short stories published in Forgotten Realms anthologies and Dragon magazine. Available here for the first time in audio are all the classic stories by the New York Times best-selling author R. A. Salvatore! From the startling origin of Drizzts panther companion, to the tale of Jarlaxle and Entreris first encounter with the dragon sisters, the tales in The Collected Stories enrich this vividly-imagined series by building the world around Drizzt through exploring the backstories of side characters and magical locations. 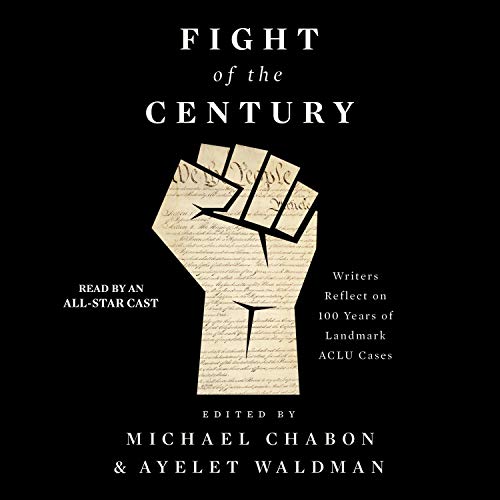 Fight of the Century

The American Civil Liberties Union partners with award-winning authors Michael Chabon and Ayelet Waldman in this forceful, beautifully written (Associated Press) collection that brings together many of our greatest living writers, each contributing an original piece inspired by a historic ACLU case. On January 19, 1920, a small group of idealists and visionaries, including Helen Keller, Jane Addams, Roger Baldwin, and Crystal Eastman, founded the American Civil Liberties Union. A century after its creation, the ACLU remains the nations premier defender of the rights and freedoms guaranteed by the Constitution. In collaboration with the ACLU, authors Michael Chabon and Ayelet Waldman have curated an anthology of essays full of struggle, emotion, fear, resilience, hope, and triumph (Los Angeles Review of Books) about landmark cases in the organizations 100-year history. Fight of the Century takes you inside the trials and the stories that have shaped modern life. Some of the most prominent cases that the ACLU has been involved in - Brown v. Board of Education, Roe v. Wade, Miranda v. Arizona - need little introduction. Others you may never even have heard of, yet their outcomes quietly defined the world we live in now. Familiar or little-known, each case springs to vivid life in the hands of the acclaimed writers who dive into the history, narrate their personal experiences, and debate the questions at the heart of each issue. Hector Tobar introduces us to Ernesto Miranda, the felon whose wrongful conviction inspired the now-iconic Miranda rights - which the police would later read to the man suspected of killing him. Yaa Gyasi confronts the legacy of Brown v. Board of Education, in which the ACLU submitted a friend of-the-court brief questioning why a nation that has sent men to the moon still has public schools so unequal that they may as well be on different planets. True to the ACLUs spirit of principled dissent, Scott Turow offers a blistering critique of the ACLUs stance on campaign finance. These powerful stories, along with essays from Neil Gaiman, Meg Wolitzer, Salman Rushdie, Ann Patchett, Viet Thanh Nguyen, Louise Erdrich, George Saunders, and many more, remind us that the issues the ACLU has engaged over the past 100 years remain as vital as ever today, and that we can never take our liberties for granted.