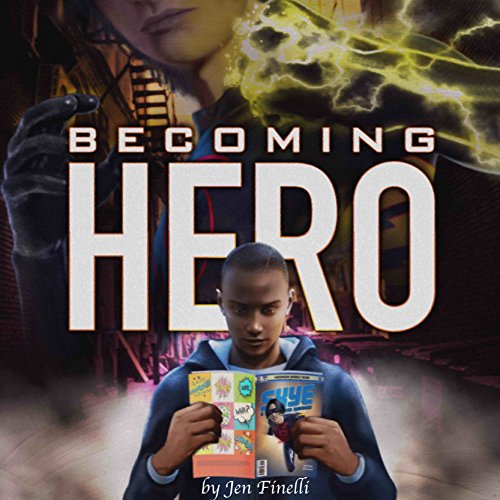 Skye's a comic book superhero with a gun in his hand and a gripe against his author. Every girl Skye's ever dated is either dead or trying to take over the world, and in the series finale, Skye's best friend kills him. Or so he thinks. The weapon meant to disintegrate Skye lands him in his author's universe. With a shot at revenge.

Skye, meet Jace. Jacen Howard's a brilliant #blerd math whiz and comics aficionado - but at his West Baltimore high school, that's a bad thing, and if the bullying isn't bad enough, Jace's cop-father regularly pisses off the neighbors. Jace doesn't see himself as a hero; he's just trying to survive.

But Skye won't open up when Jace tries to ease him out of PTSD, and the author's still torturing his friends. As Skye's mood swings and nightmares escalate, Jace realizes that if he doesn't uncover his roommate's real identity soon, Skye will hurt someone - and Skye's still deciding if murder will save his world or damn his soul.