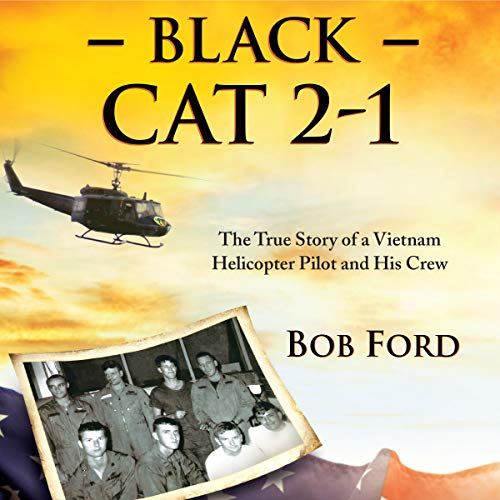 In the Vietnam War, 2,197 helicopter pilots and 2,717 crew members were killed. Black Cat 2-1 is the story of one pilot who made it home and the valiant men he served with who risked their lives for the troops on the ground. Bob Ford invites listeners into the Huey helicopters he flew on more than 1,000 missions when he and his men dared to protect and rescue. For those whose voices were silenced in that faraway place or who have never told their stories, he creates a tribute that plays like a thriller, captures the humor of men at war, and resounds with respect for those who served with honor.