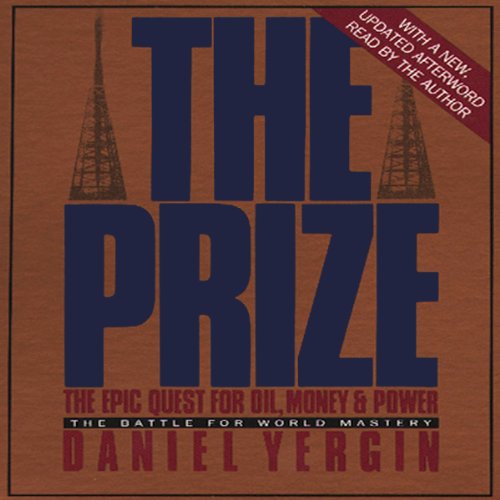 The Prize recounts the panoramic history of oil, and the struggle for wealth and power that has always surrounded oil. This struggle has shaken the world economy, dictated the outcome of wars, and transformed the destiny of men and nations. The Prize is as much a history of the 20th-century as of the oil industry itself. The canvas of this history is enormous - from the drilling of the first well in Pennsylvania through two great world wars to the Iraqi invasion of Kuwait and Operation Desert Storm. The cast extends from wildcrafters and rogues to oil tycoons, and from Winston Churchill and Ibn Saud to George Bush and Saddam Hussein. The definitive work on the subject of oil and a major contribution to understanding our century, The Prize is a book of extraordinary breadth, riveting excitement--and great importance.