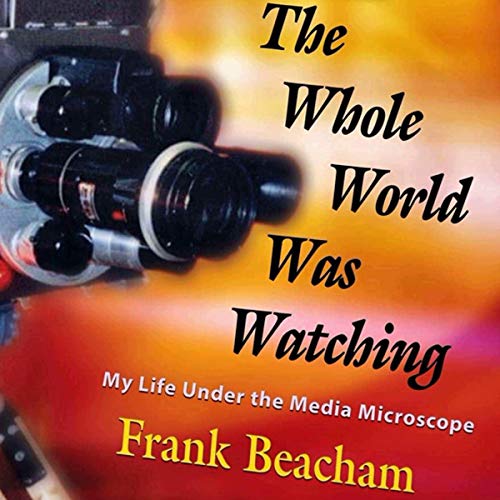 The Whole World Was Watching

Writer Frank Beacham's new memoir, The Whole World Was Watching, tells of his coming of age in the turbulent 1960s and the compelling lifetime adventures hes had as an independent storyteller. Beacham writes behind-the-scenes accounts of the madness at the 1968 Democratic National Convention in Chicago, the Apollo 11 moon launch, the civil rights movement in Mississippi, his chilling arrest by military dictator Manuel Noriega in Panama and covering American presidents throughout the world. Beacham describes his topsy-turvy collaboration with Orson Welles and breaking new ground in video production. His work includes books, plays and stories that have been turned into film and television programming - all while remaining independent.