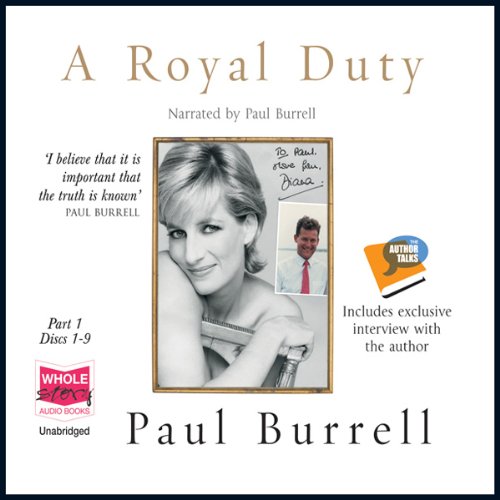 In A Royal Duty, Paul Burrell reveals the truth about Princess Diana, as well as a faithful account of her thoughts. He was the favourite footman who formed a unique relationship with the Queen. He was the butler who the Princess of Wales called "my rock" and "the only man I can trust". He was accused of theft, then acquitted following the historic intervention of the monarch. He was the Princess' most intimate confidant - and may be the only person able to separate the myth from the truth of the Diana years.